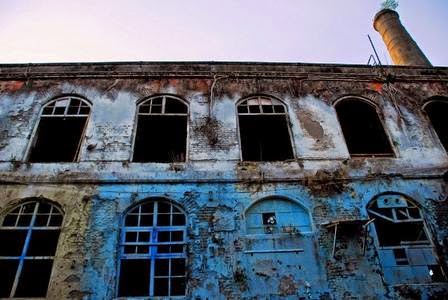 He went to the old mill compound to meet Ishaan in spite Ragini's resistance, "you should not meet him." " But why Ragini ? He owe me the answer of his behavior. Where was he during my trials ? Why this sudden love of friendship? " " I don't know Arpit but I only know that he is not a good man not worthy of your friendship."

The old mill was closed for a very long time. This was the place from where they used to operate during their early days but now Ishaan has a good reputation in that bad business. He did everything from kidnappings to smuggling to murders to extortion, etc. He was the undisputed leader of the underworld. When Arpit reached there, Ishaan was already waiting for him with his men who were holding guns.

"What do you want from me now?" He was expecting the word 'apology' from Ishaan but on the contrary he said," Ragini." Arpit was shocked to hear her name." Yes! Ragini! I conspire against you because Ragini loved you. I want you to be out of our way but she loved you and refused me." Ishaan 's eyes turned red in anger but Arpit listened him quietly, " She fought for you and married you after release and it was then I decided to kill you. You always came in our way, after killing you my hurdle will be clear, she would be mine only." His laughter echoed in the mill compound. He praised himself for his crimes and described everything he did in all these years. He told him stories of his ferociousness to frighten him. " I know you were the same fool you used to be seven years back that's why I trapped you emotionally this time."

Sound and smoke of bullets filled the compound followed by the pin drop silence which broke with footsteps of police. Ishaan was puzzled with sudden change of events as police entered with Ragini. " She told me everything about how you forced her to marry you during my absence." He hugged Ragini," It was then I realized that you are trying to trap me again because if you would have suffering from cancer maintaining it's secrecy would be a daunting task looking at your reputation in media. I met Inspector Abhijit last night who was also betrayed by you." Inspector Abhijit smiled looking towards Ishaan at the mentioning of his name." He required proofs  to nab you which he recorded from that window when you were boosting of your deeds and a chance to take his revenge. I forgive you as a friend because you deserve more than my life in friendship but now as an enemy since friends don't repeat such behavior I wants to kill you for what you did as a friend."

He took Abhijit's pistol and shot him at middle of his forehead and as planned by him and inspector it was declared as an encounter. The last call made by him helped police to close his file for always.
conspiracy encounter extortion Fiction Series friendship gunmen mill compound The Last Call thriller