Read the previous part of the story here 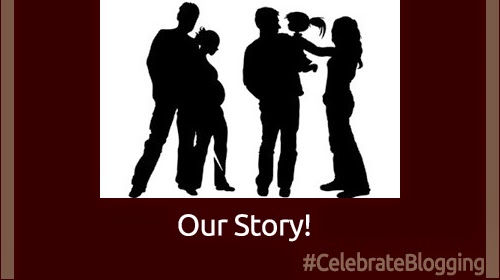 Shekhar realized that Aryan knew something about Roohi. His awkward behavior when he visited their home, Tawde's mentioning of his name , all these things were connecting him somewhere to the kidnapping of Roohi. His belief in Tawde was almost zero after Kamla escaped from his hand with Roohi even when he was so close to them. It was time to take the situation in his hands. As Tara fell asleep after her continuous crying , he decided to confront Aryan.

Life plays different games with us nobody knows why but winning or loosing this game matters most to decide the course of our life. When Jennifer didn't want him to speak he was chasing her from Kochi to Delhi to Mumbai but now when she had so many questions in her mind and wanted him to answer them all he was silent struggling for his life in coma. She remembered that Cyrus was behaving weirdly from sometime, his sudden disappearance from Skype chats, forgetting things while speaking and answering oddly to her messages were creating doubts in her mind. She believed that he was disturbed due to problems in their relationship but after looking at his mails it appeared something else, something suspicious.

" But why he would help in kidnapping a girl from Mumbai whom he didn't know?" " What role was Aryan Ahuja playing?"" How they both knew each other?" Whenever she thought in that way it came to her as a conspiracy against Cyrus." Why a law student will do such a silly thing to spoil his career. Aryan Ahuja knows much more than what he shows." Only Cyrus held the answers to these burning questions. Vijay's absence from hospital was giving time to Jennifer to feel her love for him. She started understanding how much she cared for him. The mere thought of separating from Cyrus was pining her. She prayed for Cyrus's recovery by holding cross in her hand which she wore only for fashion being an atheistic for years. It was also the first time that she hadn't smoked any cigarette for three hours, she promised god to quit smoking as soon as Cyrus became conscious. But god was silent and so was Cyrus perhaps this was the test of her love.

'Sajan re jhoot mat bolo khuda ke paas jana hai na hathi hai na ghoda hai wahan paidal hi jana hai', Aryan was listening old Hindi songs to forget kidnapping of Roohi and divert himself from the situation he was in and to assure that he knew nothing but the song itself was enough to make him uncomfortable. 'Ding dong...ding dong...' the sound of the doorbell brought him out of the trance. He switched off the song and opened the door.

"Hi...hi....Shekhar" he stammered to see him. " May I come in Aryan." " Oh ! Yes...yes of course." For few moments they stared each other while sitting on sofa as if waiting for other to speak.

" Do you want to say something about Roohi's kidnapping. Mr Aryan," Shekhar broke his silence with a direct question.

"Roohi! How do I know about her. Now you also think that I have to do something with her kidnapping like your wife," he was not directly looking at his eyes confirming that he was telling a lie.

"Mr. Aryan you know that Tara and I always quarrel, my indifference towards my career and her dominating nature are creating a rift between us day by day..."

Aryan interrupted him, "Shekhar why are you telling me all this. Its your family matter I have nothing to do with it."

"I am telling you because Roohi is the only best part of our relationship. She is the bond which holds us together and now when she is not with us we are breaking with each passing second. I know Mr Ahuja that you are also very fond of her. Our distances with her have increased her closeness to you and I believe that you will not like to see her in any trouble."His eyes filled with tears because he knew that she was in trouble.

"She is like my daughter Shekhar," he took a pause and then continued, " I also want her safety but believe me, I don't know anything." He himself was not sure of what he was saying. The course of events after Kamla's escape with Roohi from Ganesh Visarjan were not at all pointing towards the well-being of Roohi. He stood up and asked Shekhar to leave.

" Shekhar I understand your emotions but I have to go now. I have to meet someone. Believe me I can't think of hurting her even in my dreams."

Shekhar had no other option but to leave and went to that home which was silent like a graveyard without Roohi. Aryan on the other hand was adamant about what to do next. For burden of Tawde's favors he couldn't put Roohi's life in danger.

" Are you sure that girl was not sold to traffickers with other girls." Vijay asked his underworld source. " That means child trafficking racket was not behind her kidnapping and she perhaps was in Mumbai." Vijay was excited with this news. He was sure to impress Jennifer with his progress in the case." If he was kidnapped by some gang then there must be demand for ransom but there wasn't any, that kidnapping is not as simple as it appears. It holds some other secrets. Vijay for years have worked with criminals and police officers. His experience with them have created a detective out of a crime reporter.He called Jennifer and shared his findings with her.

“ Read the next part of the story here