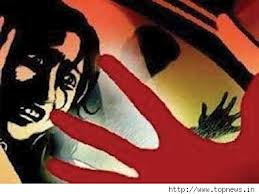 We all get angry when things don't happen as it should be and than take out our frustrations on those who are responsible for that same as angry birds do with pigs in famous game series. We throw ourselves here and there, while in games it clear the stage but in real life it creates hurdle in our further movement and many times the main reason behind our anger go unnoticed.

Here I am talking about the rape incidents happened and happening in capital of India Delhi and futile demonstrations that follows. While people in anger protesting for death penalty for rape accused some political parties jump in them for political gains and thus turn the issue to some another level and then they blame each other, ask for resignations and so on. In this real issue get lost. Rape is not a Delhi problem but a problem for India,incidents happening in other parts of country are also heinous and painful but they don't get sympathy of these political parties because media coverage is low there.

The solution is still not available,factors responsible for rape are ignored,society responsibility for incidents is zero,police training for such sensitive situations is not provided and some of us are indifferent to the conditions. In patriarchal societies women are soft targets,they are not treated as equal to men and lots of burden and responsibilities are attached to them only,unless women are treated as human beings they will remain target to such crimes. Javed Akhtar's statement in Rajya Sabha is right in saying that there are many forms of women other than a mother which should also get equal respect as given to a mother in our culture,tradition and country.

The lesson of gender equality should be taught in schools. A death penalty will only kill criminal but not his crime which will remain alive in society even after his death. A person committing rape must be aware  what shameful act he has done. There should be a social boycott of such peoples and they must face public insult. We should be aware and alert about people around us and there intentions. Police verification of tenants is must,community gathering should be there to know our neighbours and there should be talks in families about such issues.
Delhi gang rape Fresh Views gender equality India Javed Akhtar media coverage mother police training Public Responsibility Rajya Sabha rape