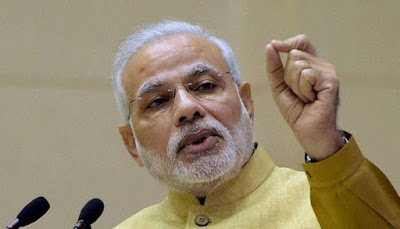 Narendra Modi has completed 4 years in office. There are highs and lows in this period but the most significant changes I have observed has really give way to a New India. An India which is confused in its decision has no jobs neither has money to spend.
There are many more things which I have mentioned and wrote in many of my posts and I don't want to be repetitive recalling them again and again. The Bhakht culture and the fake news propaganda has started which is giving me vibes that Narendra Modi will return to power in 2019 also and I have no problem with that if the country's growth, harmony and passion not compromised. But our PM is more like an event manager than a task master which is evident from his renaming of UPA era project  to make them his own and his inability to meet his deadlines in projects like Swach Bharat, Namami Gange, etc.

I hope his working in converting India into a Hindu rashtra didn't destroy the idea of India which is of peace, harmony and assimilation.