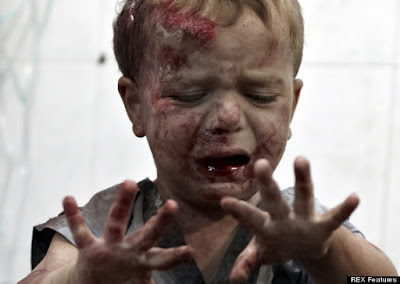 Indifference of the world communities, the power hungry government, Shia-Sunni rivals and international Islamophobic population has ruined an entire nation. The peaceful demonstration which started almost seven years ago against President Bashar-Al-Assad of Syria for criticizing high unemployment, corruption and lack of political freedom turned into a fully fledged civil war with the intervention of foreign nations which resulted in mass killing of innocent civilians including children. 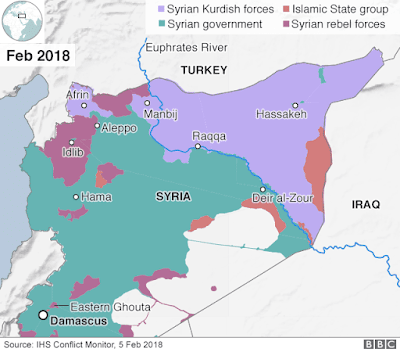 The Russian government is supporting President Assad and bombarding the rebel areas since 2015. Their attacks they say are targeted towards armed rebel but destroying civilian colonies, hospitals and schools. A recent attack has killed 53 civilians including 21 children. While Russia is supporting President Assad for its interest in the area, USA is supporting the rebel forces. Since Assad is Shia and Sunni is the dominant community in Syria countries like Iran and Saudi Arabia has arrived in the conflict to support their side. Iran supports Shia ruler and Saudi Arabia supports Sunni rebels. Islamic State also grew in the area giving opportunity to these countries to freely attack Syria in pretense to kill IS forces.

The UN says at least 250,000 people have been killed. However, the organization stopped updating its figures in August 2015 but those who are dying are adding to the tally on daily.
The Syrian Observatory for Human Rights, a UK-based monitoring group, reported in December 2017 that it had documented the deaths of more than 346,600 people, including 103,000 civilians. But it noted that the figure did not include 56,900 people who were missing and presumed dead. In February 2016, a think-tank estimated that the conflict had caused 470,000 deaths, either directly or indirectly.

Currently no solution to Syrian crisis is visible because UN lead peace talks has failed several times. Most of the Syrians have become refuges seeking shelter in Europe and neighboring countries of Lebanon, Jordan and Turkey. Some locals in these countries are against Syrian refugees which again has added to their miseries. Russia don’t want President Assad to step down from his post which is the prerequisite at the moment to control the war and bringing all involved parties to the talking table. The world should come together to end this war for the sake of innocent men, women and children getting killed in this war daily.