Delhi as we all know is habitat and destroyed several times in different eras since it always remained the central city for each empire. As a result of these variant rulers from ancient times to the British era, Delhi enjoys the status of being witness to their grandeur and glory. Thus we the people of modern day India are privileged to see and feel that aura and ambiance. This was my fourth trip of sightseeing in Delhi and believe me I need many more days to explore the Delhi to its fullest.

This time I chose the places known for its haunted experiences like Bhooli Bhatiyar, Feroz Shah Kotla Fort, Rajon Ki Baoli in Mehrauli Archaeological Park, Giyas-ud-Din Tughlaq Tomb  and Tughlaqabad Fort. The scorching heat of next day of heat digested all our energy so we also visited Indira Gandhi Memorial an all air conditioned museum which rejuvenated us. Since it was not far from Safdurjung Tomb we also give a visit to that place also.

Now talking about my haunted experience I feel none at any place. Nor any Djins in Feroz Shah Kotla, Tughlakabad Fort neither in any other place. But there was an experience which all four of us believe was an encounter with ghosts. In Bhooli Bhatiyar area when the main fort was close for renovation we went ahead to a deserted cinema hall in that area which a guard told is haunted with ghosts. There while asking the way to that place we saw five kids who told us to go ahead on the road to see that place. We are in an auto in which they also wanted to sit because they were going to the same place but we refused them because we didn’t have space to accommodate them. When we went to the place they told we saw nothing and we came back on the same route this time no children were standing there. Neither they encountered us on the way back nor did we spot them around that place.

I don’t know but they were ghosts or not but that was a mysterious incident. Mehrauli Archaeological Park, Tughlaqabad Fort should be lighted and water/toilet facilities should be available in that place. Bhooli Bhatiyar in Karol Bagh is a deserted place which you can go with friends for some haunting experiences but not a place to visit with family or girlfriend/boyfriend. Tughlaqabad Fort is ruined and crumbling lacking facilities for tourist/visitors. It also needs a renovation so that coming generations can see this. I am sharing some of the pictures of these areas. 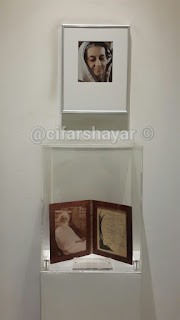 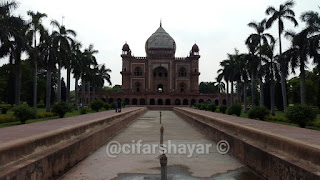 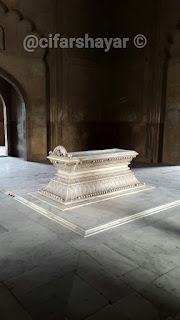 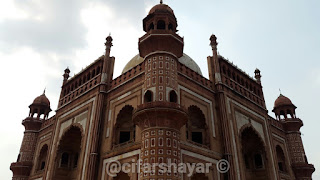 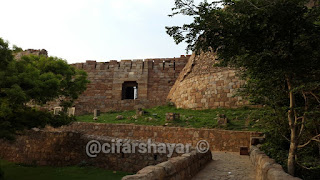 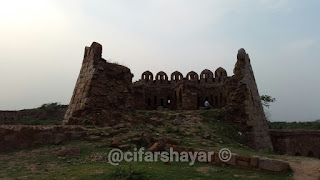