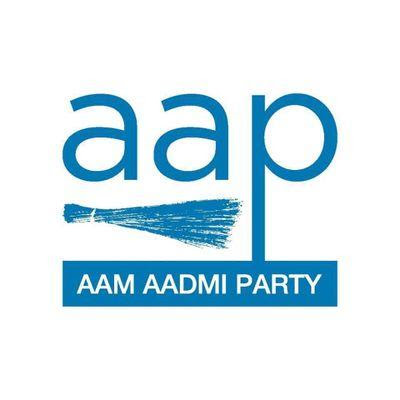 We all hope for a new dawn during Anna Movement against corruption and for ‘Swaraj’ (Self Governance referred as true form of democracy with direct people’s participation). Everybody was hopeful for uplift in Indian political system when Aam Aadmi Party was formed by Arvind Kejriwal who was one of the flag bearers in Anna Movement. Aam Aadmi Party promised revival of Indian politics with their different and honest approach towards it. But as Anna Movement proved RSS propaganda to uproot Congress government and establish Modi regime, Aam Aadmi Party too appeared empty in its promises.

Some of the people associated with Anna Movement later campaigned for BJP and even fought elections on their ticket which clearly revealed their intentions in joining Anna Movement. Anna Hazare too become silent even when there is no ‘Lokpal’ appointed by the Modi Government in more than two years of its rule neither Lokpal Bill is as strong as demanded by him during the protest. The Aam Aadmi Party that formed under Arvind Kejriwal leadership however became successful in winning Delhi Assembly elections and formed government there with aim of doing everything they believe is necessary for true democracy but inexperience, hunger for media highlight and authoritative attitude has sent their promises to the backstage.

Arvind Kejriwal formed a party with some ideals and opened the gates for everyone to join his party even those in other parties without any test to judge these candidates adherence to these ideals. He just looked at the win-ability factor. As a result his MLA’s and ministers are under constant scrutiny. Many seemed involved in unethical practices which even forced him to remove three ministers from the cabinet namely Jitender Singh Tomar for fake degree charges, Asim Ahmad Khan on corruption charges and recently Sandeep Kumar for sex tapes. Few other MLA’s from AAP are also arrested for different charges. While he claimed he has zero tolerance for any wrongdoing most of the founding members of AAP have leaved the party because they think Arvind Kejriwal has diverted from the real motives of the party.

There is improvement in Health and Education sector during AAP government but there is hardly any improvement in Infrastructure, corruption, cleanliness, law and order, transportation and other such things which they promised in their manifesto clearly knowing that Delhi is a Union Territory with limited power of its own. Arvind Kejriwal and his party can be seen involved in usual politics practiced by other parties; they justify their actions by giving examples from other parties. Being a common man doesn’t mean you reduce your status to a level of street fighter while talking against your opposition as a Chief Minister some restrictions should be maintained as a public figure.

I believe in change and also believe that it will come soon but not when the political leader and political parties/government become powerful but when the common citizen has the power to question his/her government and the system can’t deny him/her an answer. We the people have the power to bring the new dawn and we shall have it soon by acquiring more knowledge about the working of our government and challenging their wrong decisions. God Bless India.

Let's hear the song mentioned in the title: