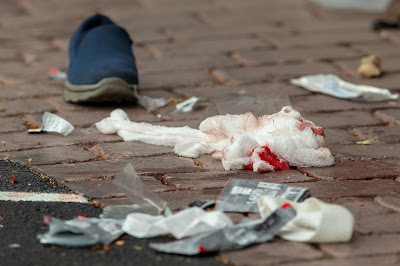 New Zealand Terror Attack on 15th March 2019 on two Mosques in Christchurch is another violent attack on humanity similar we have witnessed in past 20-25 years on various places of USA, France, India, Pakistan, Bangladesh, Australia, Norway, etc but what make it standout from the rest is the involvement of social media in it and the way it brought New Zealand to the terror map.

The terrorist live streamed his killing which reached several around the world and also published what he called a manifesto of 72 pages on his social media page spreading his venomous hate before shooting in the mosque. The hate social media namely Facebook, Twitter and What’s App generated has seen much similar consequences in India also when mobs were organized to brutally lynch someone just because his/her eating habit, religion, gender, color, dressing sense was not like them. The hate messages were so high that government on courts order forced to direct these platforms to regulate them which resulted in some changes in their policies and their advertisement reflected that too.

But the hate they generated is continuous; it creates an inferiority complex in a particular person by projecting some another person who belong to some other religion, caste, color or region as the enemy of that particular person. Such messages say that ‘They’ have snatched their jobs or hurting their religion or occupying their nation as if ‘they’ have come from somewhere else. The mind of people of read such messages gets whitewashed easily and they develop hate for these 'Others.. They take What’s App messages as gospel truth and never thought a second to verify the claim made in these messages. As a result hate comes out in such brutally violent incident. Earlier some terrorist organization used to do this job by luring some dissatisfied youth but who to blame now when people are radicalized sitting in their homes?

Similar kind of thing is happening with first Indian Prime Minister Pandit Jawaharlal Nehru who is labeled nowadays as the reason for all the problems faced by India in present time.  Messages defaming him are circulated and people tend to believe them without verification from any source. Even government ministers are involved in doing this. 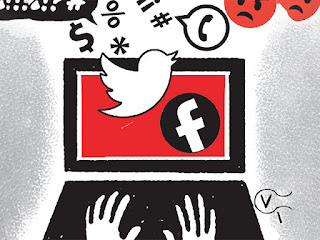 ‘Ati Mare Mati’ a Sanskrit saying which means ‘excessive of anything is wrong’. First cheap internet is provided. Secondly they are kept on internet through apps for almost everything related to governance so people use more internet and than the work for engaging them in social media also done. Please spot violent and hate tendency in people around you and try to help them with facts even if he or she is related to a party ideology. Leave such groups who have an agenda of propagating hate.