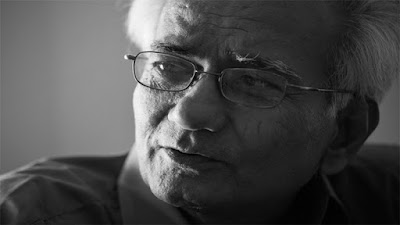 Not all become like Yash Chopra, Prakash Mehra, Aziz Mirza, Shyam Benegal, etc who are famous and adored by today’s generation but there are also people like Kundan Shah who with one or two hit films has left an impression on the film industry as well as on movie goers. Kundan Shah is not known to the people of today’s generation probably because he didn’t have much public appearances in recent years neither he directed mega budget movies of 80’s and 90’s which telecast on movie channels regularly.

But you must watch the film he directed ‘Jaane Bhi Do Yaaro’ (1983). This slapstick comedy will show you his brilliance of film making. Acted by respected actors Om Puri, Naseeruddin Shah, Satish Shah, Pankaj Kapoor among others shows the corruption in politics, bureaucracy and the media. The film is evident for present time also. I can’t forget the ultimate comedy scene of a Hindi film i.e The Mahabharta scene in the movie. It is as they say nowadays ROFL (Rolling on Floor Laughing) moment. Kabhi Haan Kabhi Naa is also worth mention among the film he directed. This film starring Shah Rukh Khan in one of the best character of his career shows the Hero the protagonist as a loser which is a rarity in Bollywood. Another film Kya Kehna staring Priety Zinta which talks about single parenthood is also a milestone in his career also among the defining role in Preity Zinta’s film career.

Later he also directed few more movies with Bobby Deol, Shekhar Suman, Priety Zinta, Rekha, but they didn’t work like his earlier movies and I think he didn’t directed any movie after that. He is also famous for directing Nukkad a famous Doordarshan serial along with Waghle Ki Duniya, both the serial were critically acclaimed as well as successful commercially. Everyone in this film industry gets what he/she deserves but we should respect each contribution which has decorated film industry with a different flavor.

I am also not remained his greatest of fans but his death as showed me his importance in the film industry with films like Jaane Bhi Do Yaaro, Kabhi Haan Kabhi Naa and Kya Kehna which also compel me to write this tribute to him. I wish him a magnificent after life. Rest In Peace Sir.